Press play & read on below:

On this day 12 years ago Sonorous Circle had our first release: 100 Suns | Perpetual Balance.

It is a live recording from a rooftop in central Wellington; 38 minutes of unsevered improvised guitar and synthesiser - played by Matt (The Convoy) Faisandier and myself, Thomas (Arbor/I.Ryoko) Lambert.

For me it is an artifact from a very special time and place in my life. In 2008, on the corner of Cuba and Vivian Street, Wellington, 14 revolving flatmates had free reign on the top 2 floors of this spacious art-deco building: 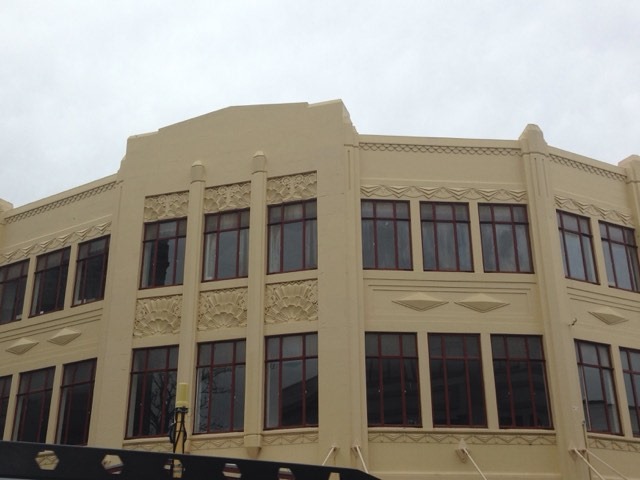 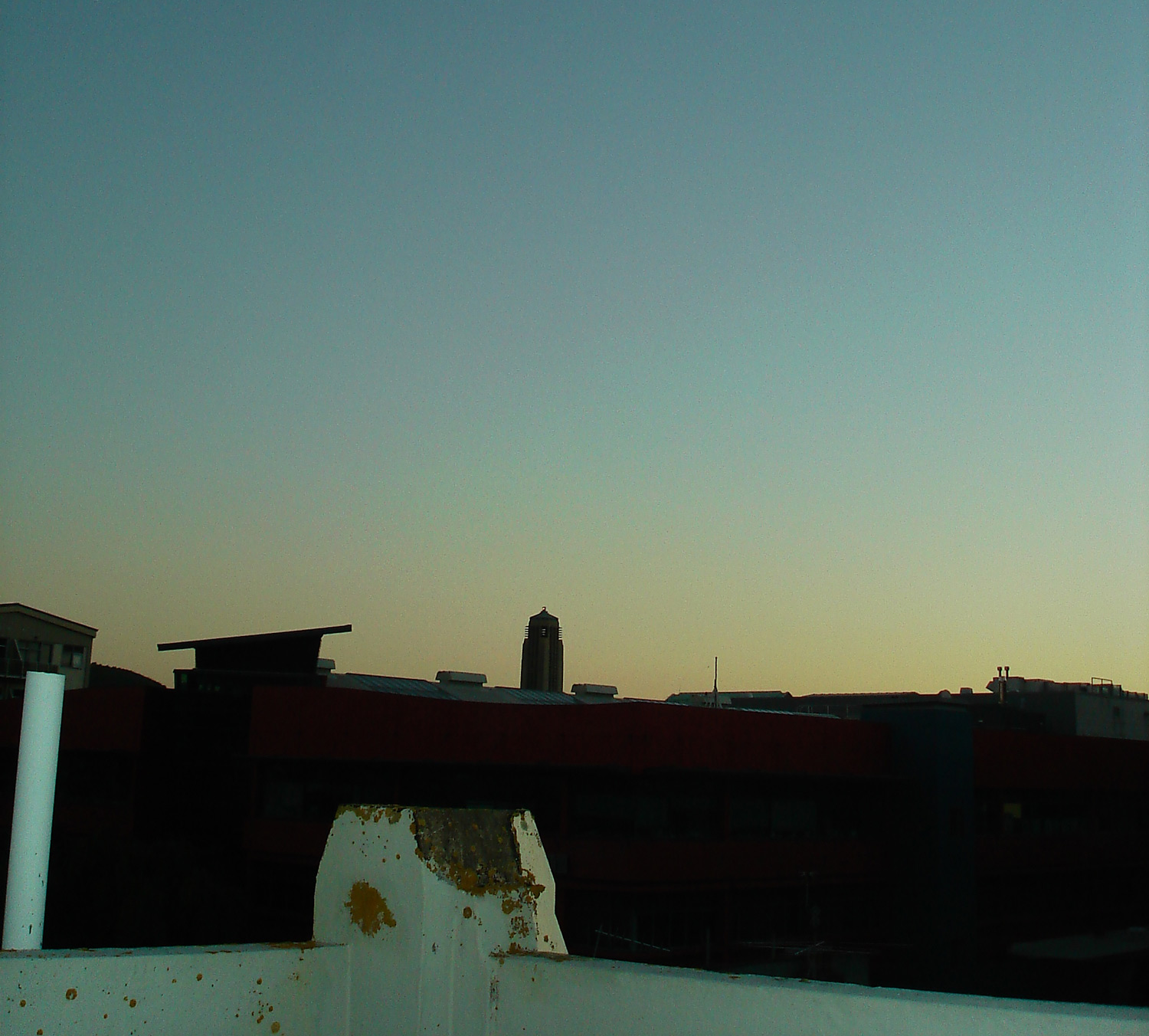 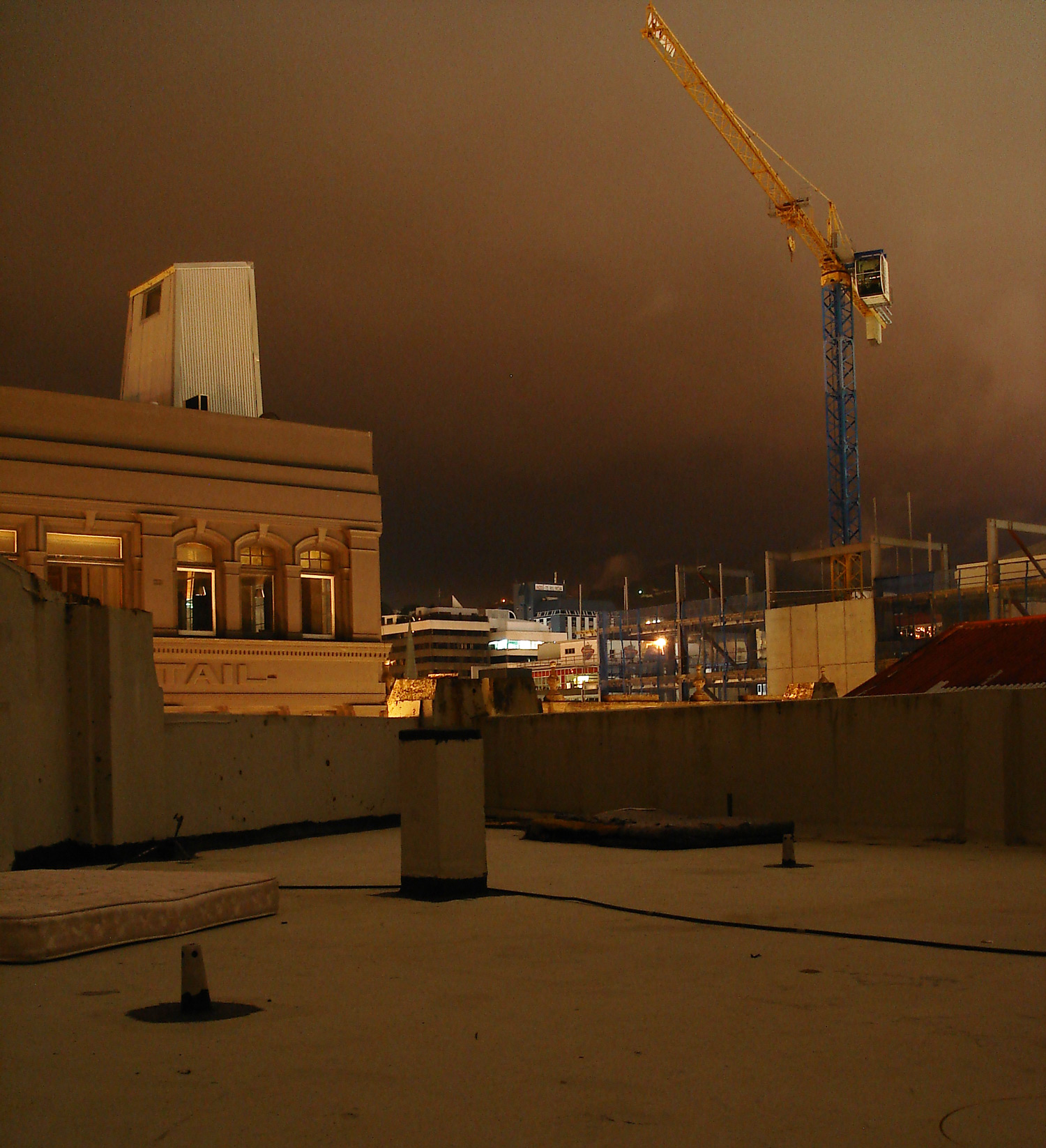 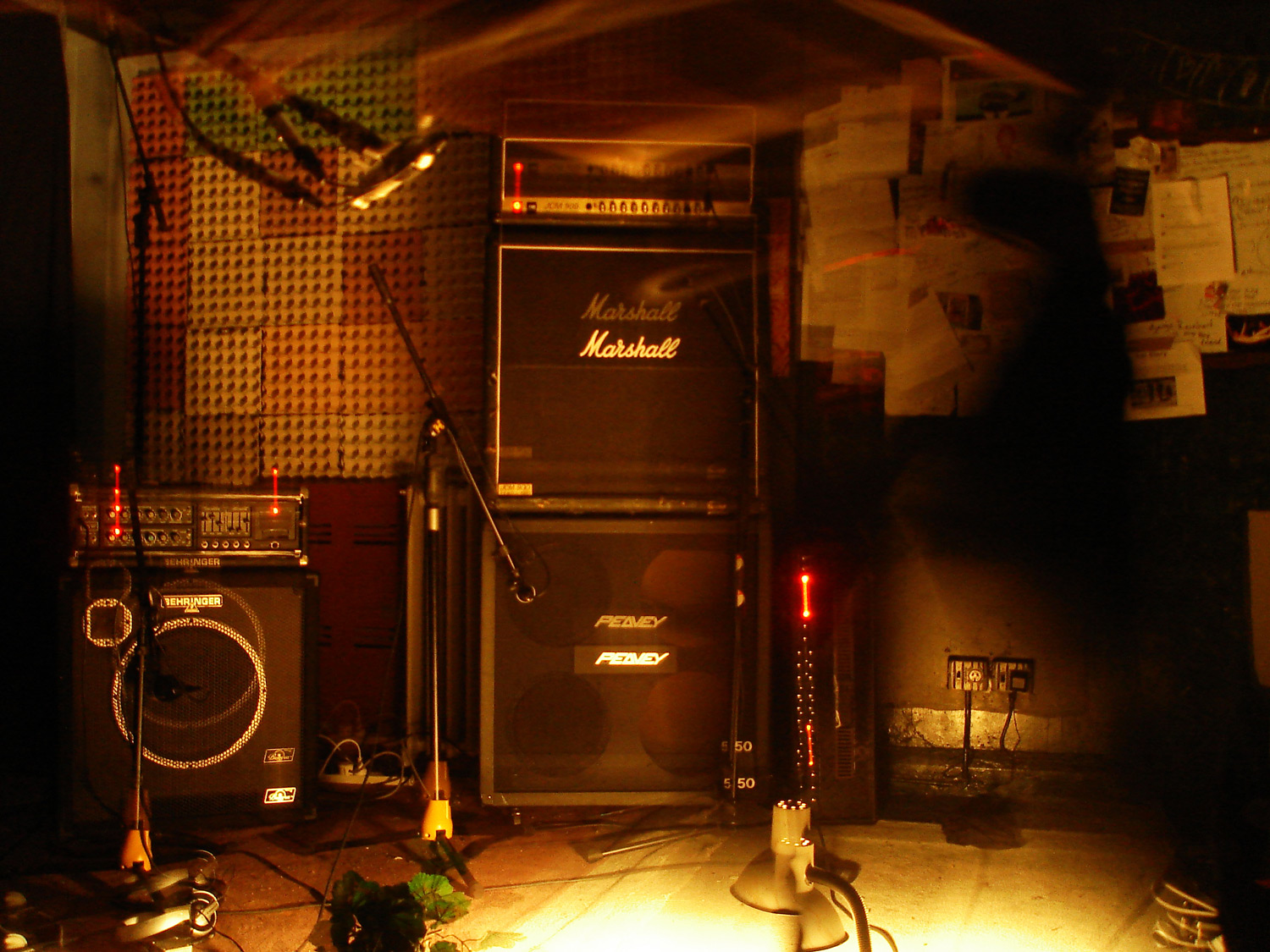 Matt paid $110 for the large 'penthouse' room at the time. It was run down and perfect for us. Right across the road was Midnight Espresso (where our friends worked and attained large quantities of free food that they'd bring over for us most nights). Right beside us was the music venue, Valve (now Valhalla) where we spent many nights playing or watching music. On the ground floor of our building was Bluenote Karaoke Bar - Wellington's late-night watering hole that would pump low frequencies through the building into the early hours, often only settling down as the sun came up. For us this was in a way perfect because, sonically, we were free to do more or less as we pleased.

Thus Matt & I, being 21 year-old Palmy bogans who'd played in bands together since we were 14, set up guitar amps on the open rooftop and set to work channeling our post-rock heroes, Godspeed You! Black Emporer.

The result is this recording of 100% improvised music that we put out on CDR - bung notes (all mine), traffic noise and all: 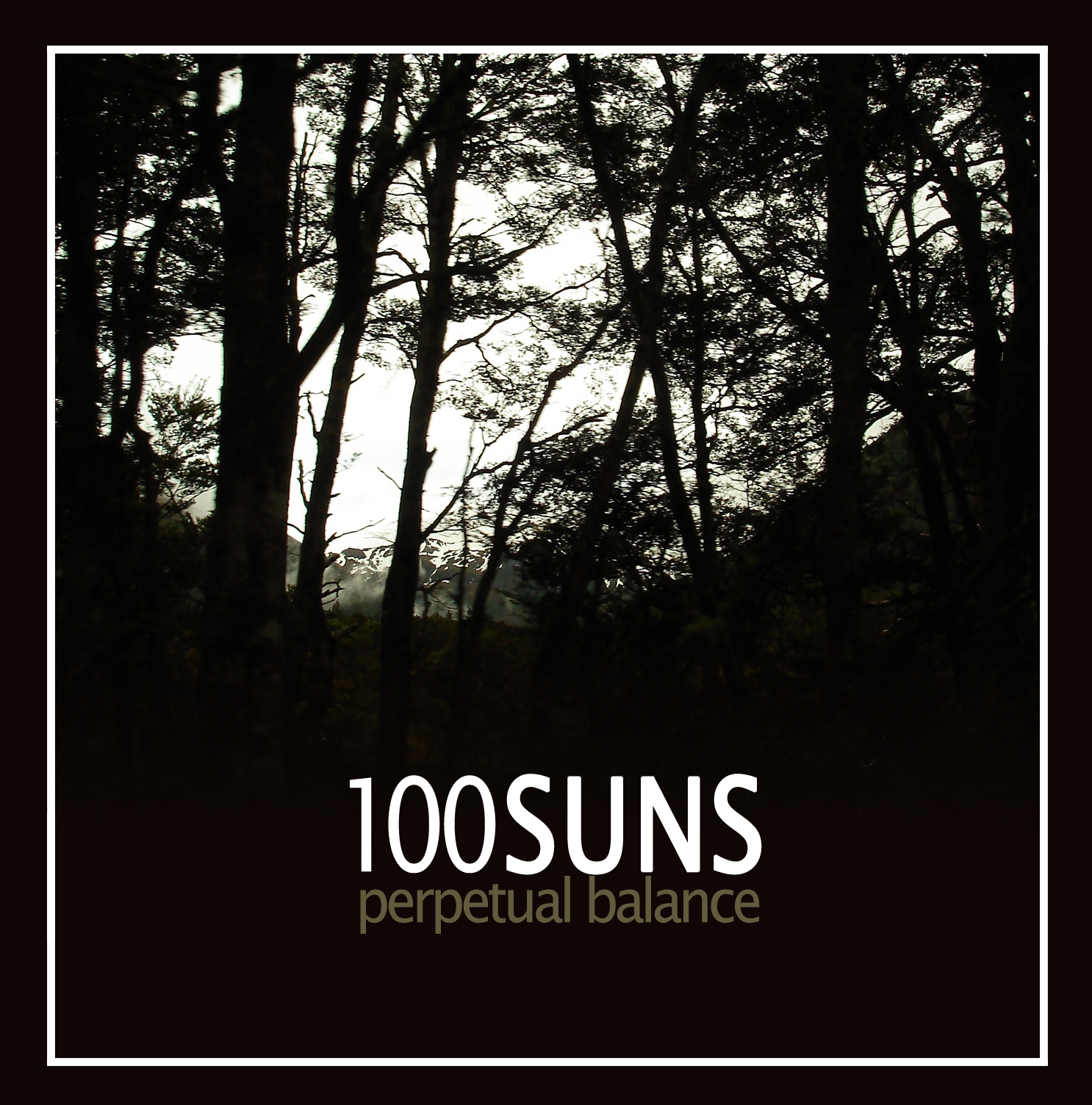 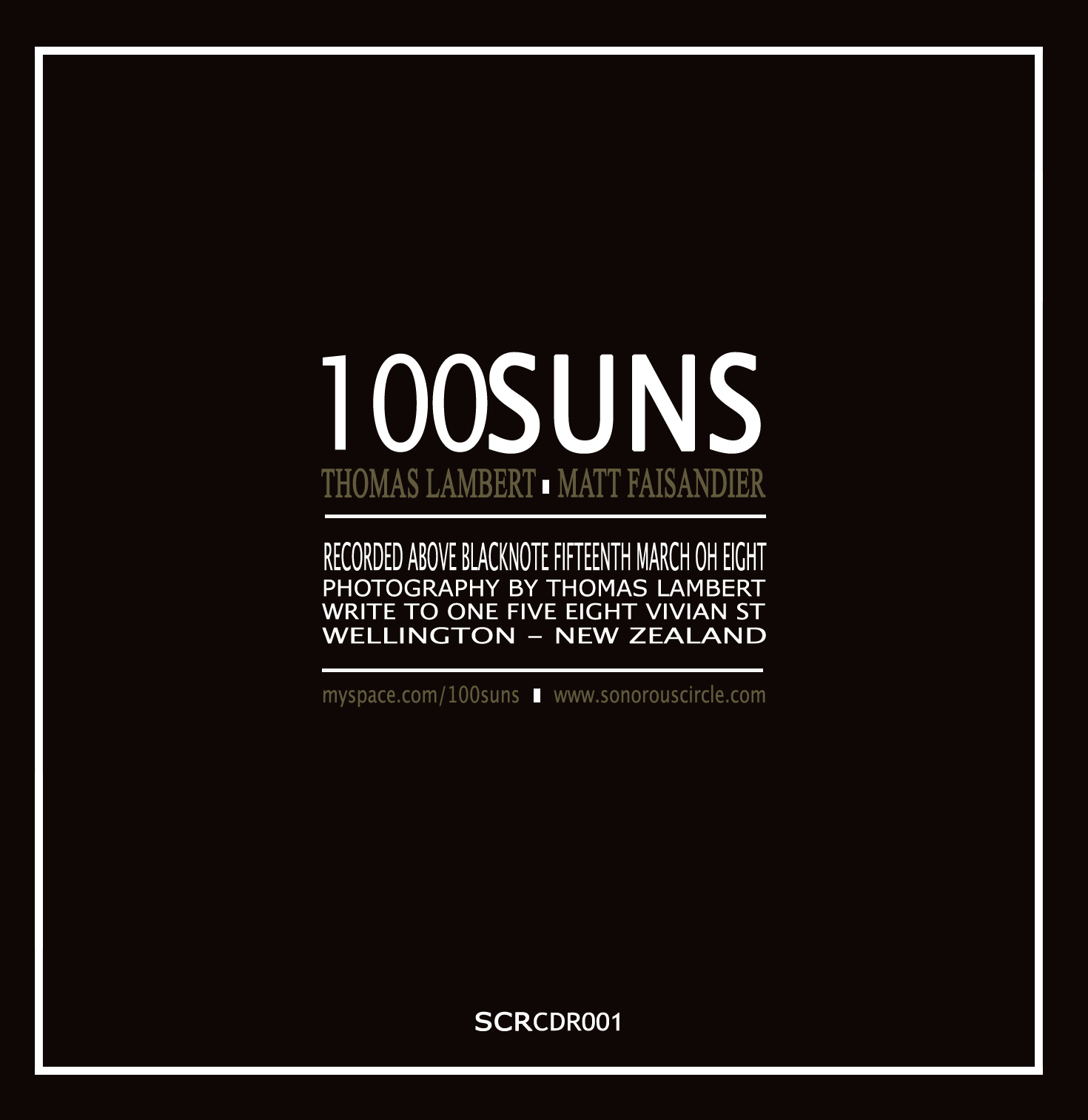 The text present in this release provides some insight into our vaguely esoteric interests at the time:

100 Suns is a reference to a quote from the Bhagavad Gita: “If the radiance of a thousand suns were to burst at once into the sky, that would be like the splendor of the Mighty One... I am become Death, the Shatterer of Worlds.” It has often been referenced in relation to a nuclear blast - a symbol of the destructive power of the human race.

Perpetual Balance is a couple of nice words taken from a creepy, eco-fascist granite monument, called the Georgia Guidestones, erected in the United States in 1980. As noted on Wikipedia they were designed to "function as a compass, calendar, and clock, and should be capable of withstanding catastrophic events... The anonymity of the guidestones' authors and their apparent advocacy of population control, eugenics, and internationalism have made them a target for controversy and conspiracy theory." In 2008 they were tagged with slogans like "Death to the new world order".

The internet, much as it is now, was rife with apocalyptic visions of the future and many were looking to the year 2012 when the Mayans had supposedly predicted the end of the world as we know it.

We were fascinated and as such included a quote (added to Part 1 of the recording) from the conspiracy theorist author and film-maker Jay Weidner. In it he clings unequivocally to the idea of reincarnation - something I personally have never been able to believe but perhaps an understandable response when coming to terms with one's perceived imminent demise:

"Oh I absolutely believe that there's life after death, I have absolutely no doubt about it. I think that death is a doorway into a hyper-spatial reality and we come back and forth. We come back to this Earth many, many times and we also go to many other worlds I think. Theres is no death, per se. We're all infinite creatures, which is why they call it infinity."

Needless to say the world didn't end in 2012. However, from our current perspective in 2020 - in the midst of a global pandemic, the Trump presidency and increasing global tension - the dystopian visions weren't entirely off the mark.