An Interview with Ana Chaya Scotney aka Kōtiro

Interviewed by Thomas Arbor and Nick Walsh of Sonorous Circle:

Hi Ana! You’ve been on a big adventure recently! Where/ what/ how/ why?

Yeah just been cranking through Te Wai Pounamu on Te Araroa. Am writing this from Wanaka, having walked here [approx. 750km] from the top of the Island in Totaranui (Queen Charlotte Sound.) I have been keen to do this hikoi for four years or so, so it’s feeling really good to be out here.

The cool thing about durational walking, is that it mellows out the rigid notion of time. 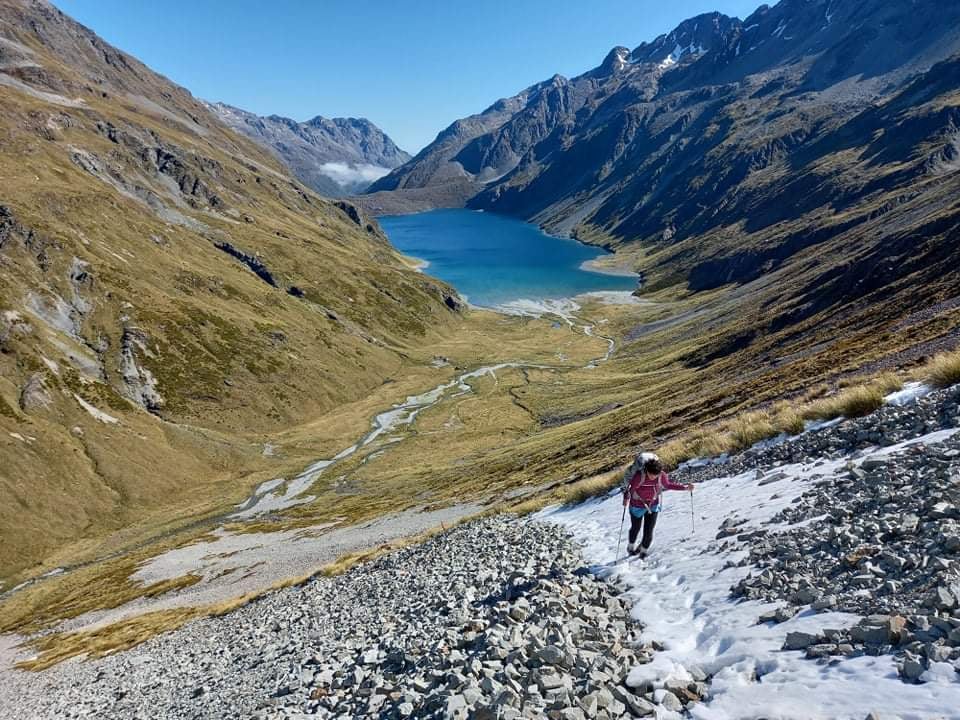 How does it feel being on the other side of such a journey and now launching into another year?

I feel good, clear and a lot more peaceful. It’s nice to be releasing the EP. I don’t know if I’d describe the experience as “launching.” The cool thing about durational walking, is that it mellows out the rigid notion of time; Days are simple, and slow and broken into phases of crossing mountain passes, or walking in riverbed following the change in regions across days and weeks, going to sleep and waking up with the sun.

You start the hikoi and end the hikoi with a real... smallness and a slowness, nothing is intangible or quick because you have literally everything you need, if that makes sense, haha. Like, one day, you just set off and take a step and start walking, and then six and a bit weeks later, you’ve walked 750km or something, and then you might think, “Okay, that’s enough.” And walk to the pub to have a celebratory beer, or, you might think, “No, I’ll keep going,” and walk 1300km, walk to the end, then you look at the sea, and just as quietly as you started, you finish. And that’s it.

It’s a colossal thing, but also a real small thing too. So I feel that I am somewhere inside that psychic drumroll right now. Just rolling gently with the walk, with the EP release, with the roll into a new year on the back of such a wiley one, in 2020. 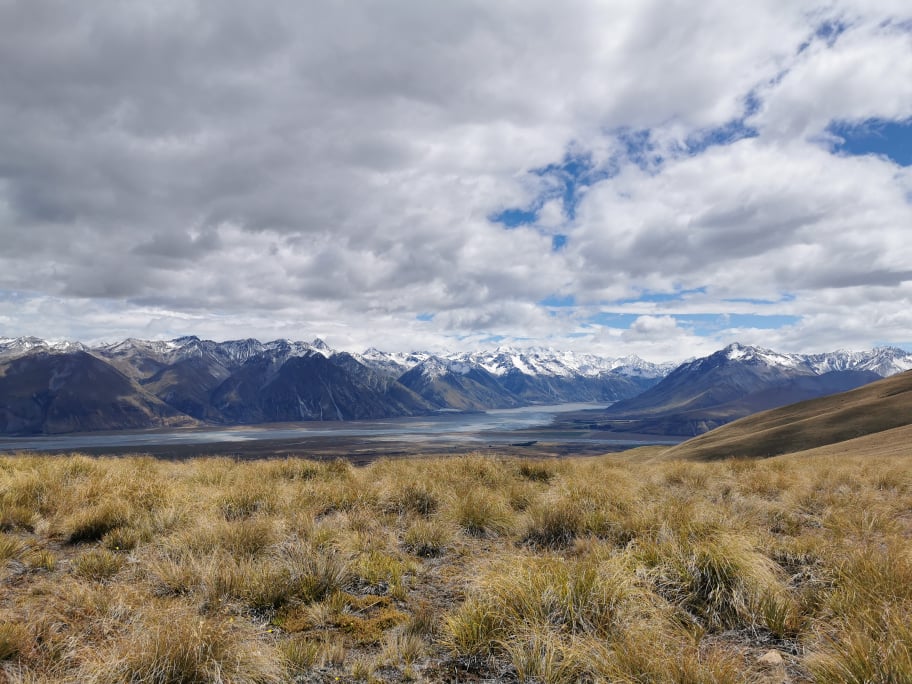 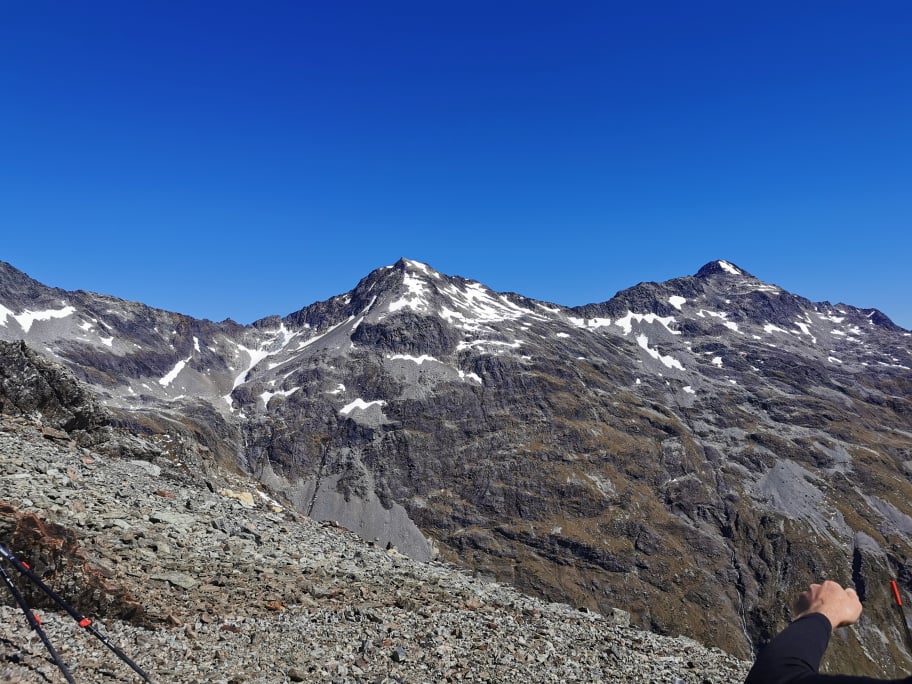 Congrats on finishing the EP! Can you talk a bit about the process for you, starting from when you first began writing the songs? And how does it feel to be calling it finished?

Congrats right back to you ! It feels nice to be at this point of release. I have loved working on this body of music sporadically, for such a long duration of time. I think we first began chipping away at stuff in the winter of 2018.

And then prior to my bringing you the scraps of songs as they were, in voice memos on my phone, or like, little small loops and samples on garage band, and way-finding our path to arrive here, figuring out in real time, without any pre-meditated agenda or process, has been so cool. 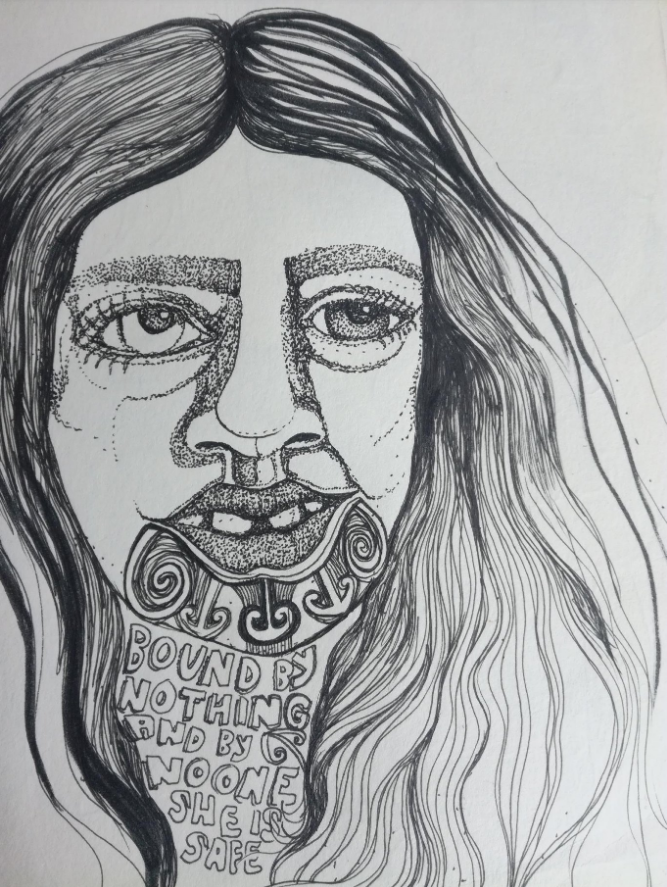 Your lyrics conjure up some really striking imagery. How important is the idea of painting a picture or telling a story in your music? Is that something that was premeditated when you were writing the lyrics?

High Def Multi National is a concept album. The concept is linked to the complexities of place and belonging in Aotearoa today. What does it mean to be tangata whenua, growing up in the city, and to also be pakeha, and proud of all your whakapapa, not wanting to choose to value one more than the other? To be of the indigenous diaspora? How do we uplift and represent ourselves, and our culture when we’re constantly in an environment that shuns and fails to reflect that back to us? How do we wield the artforms, the platforms that we have access to, to speak to this experience?

I suppose the lyrics and then the samples embedded in the sound are the outcomes of both of our research into these themes.

Also, I wanted to craft waiata that uplift the mana of the whenua; And that musically convey the tension between different narratives and experiences of what it means to be from Aotearoa, that I’ve heard, experienced and lived through.  All of the references in the music and in the lyrics are to people, to birds, to places that are important and specific to me, or to a politic that I feel strongly about like the direct correlation between the dishonouring of the kawa laid out in Te Tiriti o Waitangi, the commodification of whenua as a means of creating capital for specific people whilst neglecting the imbalance in the inheritance of wealth off the back of the corruption of honouring this doctrine. The asymmetry of cultural representation, and the on-going exclusion of indigenous and tauiwi values, narratives and places in the on-going design of this country/project called New Zealand.

I find it difficult to be outspoken in my day to day life about politics, and my position in relation to these things, but they’re things I think about all the time. Creating this EP has been a really good way to get some of that off my chest, so thanks for working with me on it Thomas and bless up lol. 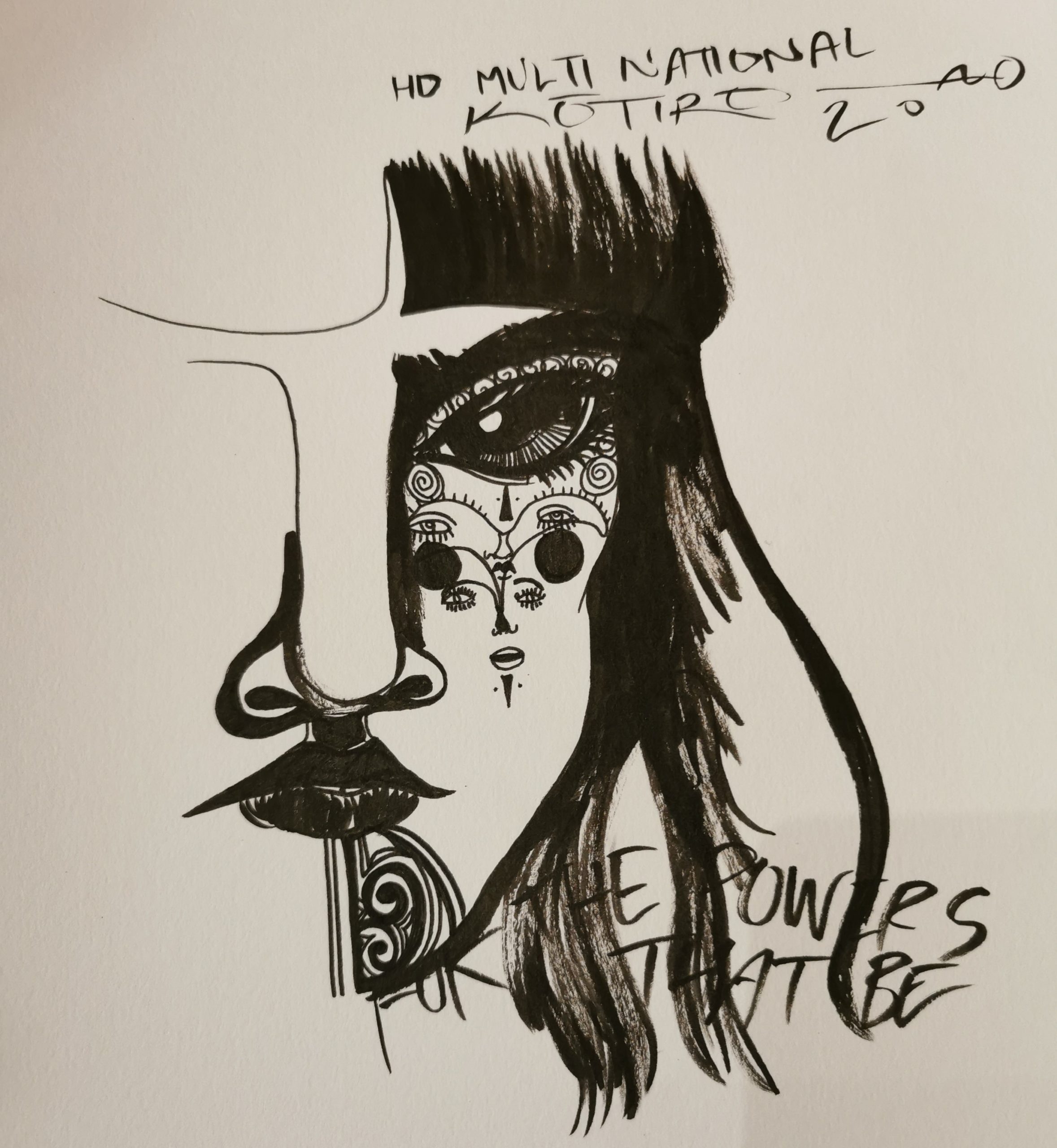 How did you want to express these themes sonically? Are there any particular artists that inspired you in this regard?

Some people might know you as an actor, theatre-maker, film-maker. How long has music been part of your practise and how do the artforms relate to/inform each other in your work?

Since forever. It all comes from the same source. I just reckon it comes from having surplus energy that if I don’t burn up turns to my being messy, neurotic and annoying AS F to anyone in close proximity to me, so better do something with it all lol. 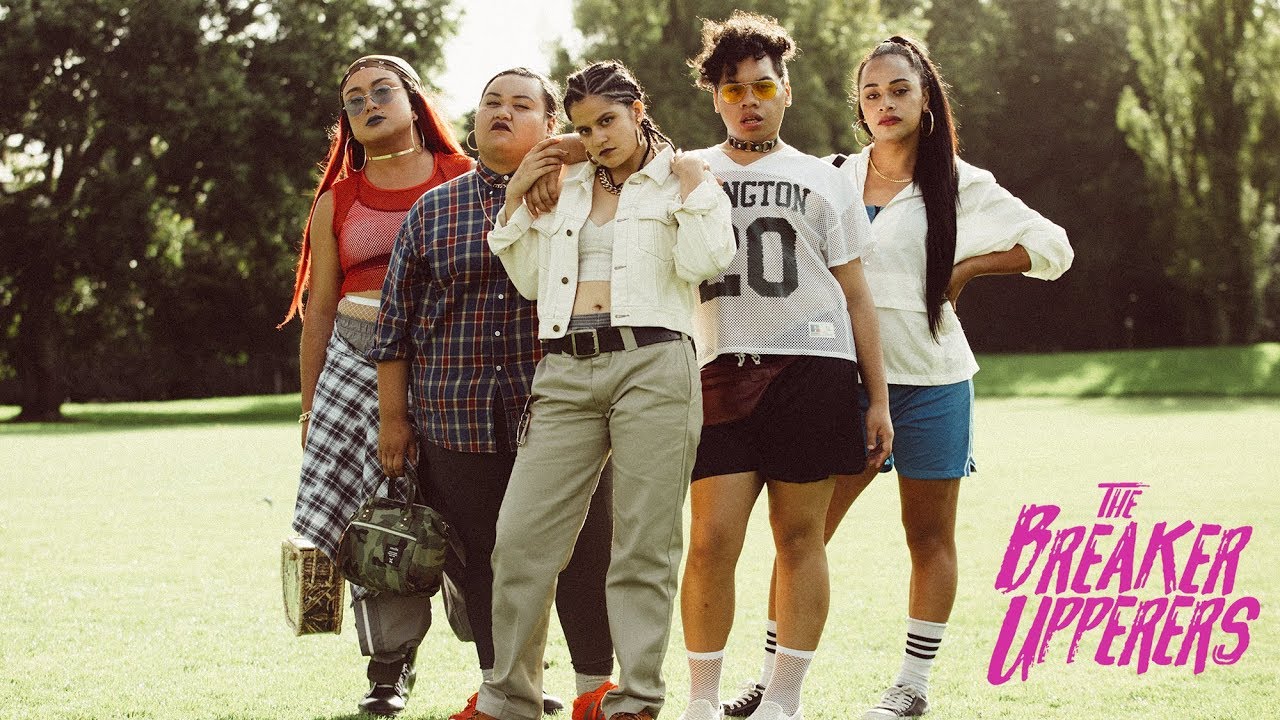 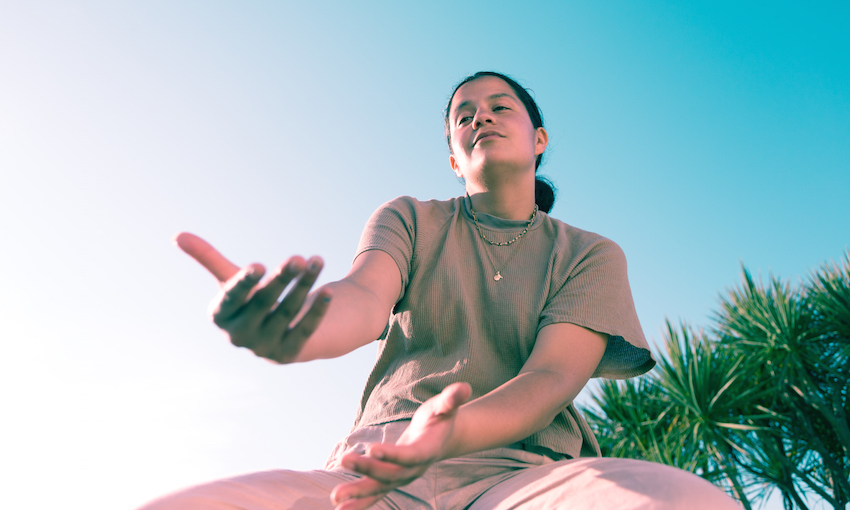 How did you team up with Kuini Qontrol? Can you give some background into how that relationship works?

I met Coco on K Road, one evening when she was heading home from the nail salon. I fully just jumped her like a true Aquarius psycho and was like, “Hey! I’m Ana! Heaps of people told me we’d get along, thanks for co-creating Sepa, with Maddie and Jackie, (who I played in The Breaker Upperer’s), and Sheena, the Shewolf.” (Who I played in Wellington Paranormal.) I interviewed Coco for my zine GULFS, we became friends through designing backgrounds as one of the animators working on Coco and Simon Ward’s show Aroha Bridge, I also made friends with Toki who forms the other half of the mentoring team at Kuini Qontrol and is also the musician and artist Big Fat Raro.

Basically, we talk and hui around how we can share our work and feel safe doing so, how to navigate some of the more challenging parts of the process of putting music out into the world, without compromising our values, and yeah just keeping it real, cute, and making sure that there’s room to share kai celebrating the work that others put out. Like Samara Alofa and Brown Boy Magik’s albums Earth Punk! And Trans Pacific Time, both of which make me cry when I listen because they are beautiful, potent and just really fuckin good ha.

What next? Any plans to make more music and/or play live?

Have started the early early iterations of some new songs for a second EP, currently called Midyouth, leaning on folk influences...Maybe I’ll finally be able to play guitar live without fucking up -_- haha . And figuring out how we can play what we’ve found in the studio together, live - that will be cool. Gotta move to Australia for a long minute, to shoot a tv show, but will keep making waiata in the down time.