A LAST-MINUTE PLEA TO APATHETIC VOTERS…

WHY WE SHOULD KEEP OUR SHITTY FLAG FOR NOW

Basically the choice we have been left with is whether or not to remove a symbol of our colonial ties and replace it with the logo of a sports team. It’s a decision that inspires in me nothing but indifference and boredom. But that’s no reason not to vote in the referendum!

The pro-change campaign ad raises some valid points, such as “the flag should reflect the vibrancy and interesting nature of the people that we are” (Gary McCormick) and “I don’t want my three grandchildren to grow up under a colonial symbol” (Dame Jenny Shipley). I agree we should change it, but not yet, not like this.

I was pleasantly surprised to hear such anti-royal sentiment from Dame Shipley. Come to think of it she once took the throne of the National Party herself in a coup against old blue king Bolger! That is how in 1997 she became the first female Prime Minister of New Zealand, unelected by the people. Is she now posing a challenge to the authority of the reigning Queen of the colony to whom she once answered? More likely it’s just the symbol that bothers her, but why stop there?

The Queen of course is Elizabeth Alexandra Mary, “born of the royal House of Windsor” previously known as “House of Saxe-Coburg-Gotha”, a branch of the House of Wettin – don’t you know?! Believe it or not her formal title is “Elizabeth the Second, by the Grace of God, Queen of New Zealand and Her Other Realms and Territories, Head of the Commonwealth, Defender of the Faith”!

It sounds like some Game of Thrones shit, but that’s Britain’s Royal Family for you. They have been the inheritors of massive wealth and globe-spanning power throughout the last thousand years or more and while colonial control has been on the wane in recent decades, especially since 1986 when “the Constitution Act ended residual British legislative powers, making New Zealand formally responsible (as it had been in practice for many years) for its own system of government.” But threads of continuing colonial influence remain. Officially, the Queen gives ‘royal assent’ to our laws, she can preside over the opening of Parliament when she visits, she owns a huge amount of land and property in New Zealand and almost unbelievably she is the Head of our Armed Forces and Colonel of “a number of New Zealand regiments”!

She can even get rid of the Prime Minister – albeit through her representative, the Governor-General, who she appoints on the PM’s advice. That’s what toppled Australia’s much-loved and progressive leader, Gough Whitlam, in 1975.

Don’t get me wrong, I’ve never met her, and judging from her carefully managed persona she seems like a nice enough lady. My concern is that one can simply inherit powers like these. We seem to go along with it under the guise of it being a mere formality that rarely interferes in our daily lives – except of course when the family come here and the media twist into a drooling, distracted frenzy, fawning over every bit of royal attention they can get and trying to marry off our citizens into a life of unquestioned privelege.

PM John Key loves it too! Any chance to joke around with Princes like a sucker leeching the limelight. Even though he is currently trying to rid our flag of the Union Jack, he still claims to be “the biggest constitutional monarchist out there”! With his pledged allegiance the Queen is probably fine with the proposed new design – at least it retains the red stars in the form of an upright crucifix that reminds her of Jesus, the son of the God who supposedly graced her with the power to rule over us. I doubt the younger generation of New Zealanders is so enamoured by the old-fashioned, fairy-tale connotations of royalty. The reality of the situation was expressed well by an 18 year old Verity Johnson, writing in The Herald in 2013:

“The entire concept of her being our Queen is rooted in imperialism… This went out of fashion when everyone realised the rudeness of rocking up to a country and telling everyone to shove off because the English are taking over. The Queen represents an antiquated, arrogant approach to other countries rooted in the assumption mother England knows best.”

Indeed! It’s time we let go of the lingering medieval hangover and when we become a truly independent nation with an elected head of state, can we please not replace the flag with one that’s almost as bad?

There is little need to explore the (de)merits of the proposed new design. One Auckland Feng Shui master goes so far as to suggest it could be a bad omen for the country! Superstition aside, we might agree the Lockwood design’s lack of imagination speaks for itself.

This is no surprise considering there was not even a single designer among the members of the Flag Consideration Panel. Instead we had a lawyer, two CEOs (Saatchi & Saatchi and Xero), a former mayor, a TV producer (Treasure Island), an athlete, a writer, a former military chief, a youth councilor, a former All Black and two academics (Maori studies and flag history).

While it was commendable the general public were given the opportunity to submit their own designs, that meant little when from the resulting pool of over 10,000 the panel chose a mere 4 options from which we could take our pick – 3 of which included a fern and two of which were by the same designer and virtually identical. It was not much of a choice.

Even after pressure from social media resulted in the addition of a fifth design (Red Peak), the low voter turnout in the first referendum (48.78%) reflects the lack of interest in any of the designs and saw a depressingly average winner. As journalist Ali Ikram wrote the morning after the vote, “NZ is in search of a flag that expresses who we are in 2015. Sadly, it appears we may have found it.” It was a dull day for the Red Peak and Hypnoflag brigades.

So here we are with a boring choice to make. And yes, both options suck, but by voting to keep the current flag we can at least save the cost of conversion to a dud and show that we do not consent to the outcome of this highly flawed process of selection. And don’t believe Key when he says this is our only chance. The younger generations will be able to change it to something beautiful with a bargain 4 million clicks just as soon as we assert our right to true independence and become a republic with an elected head of state. That way a change in flag design will represent a real change, not just an imagined one.

In the mean time if you’d like a beautiful Aotearoa New Zealand flag to reflect your rejection of colonial subjugation, perhaps you might consider flying the national Māori flag, Tino Rangatiratanga (sovereignty, autonomy, self determination).

Make your voice heard and post your vote by Monday! 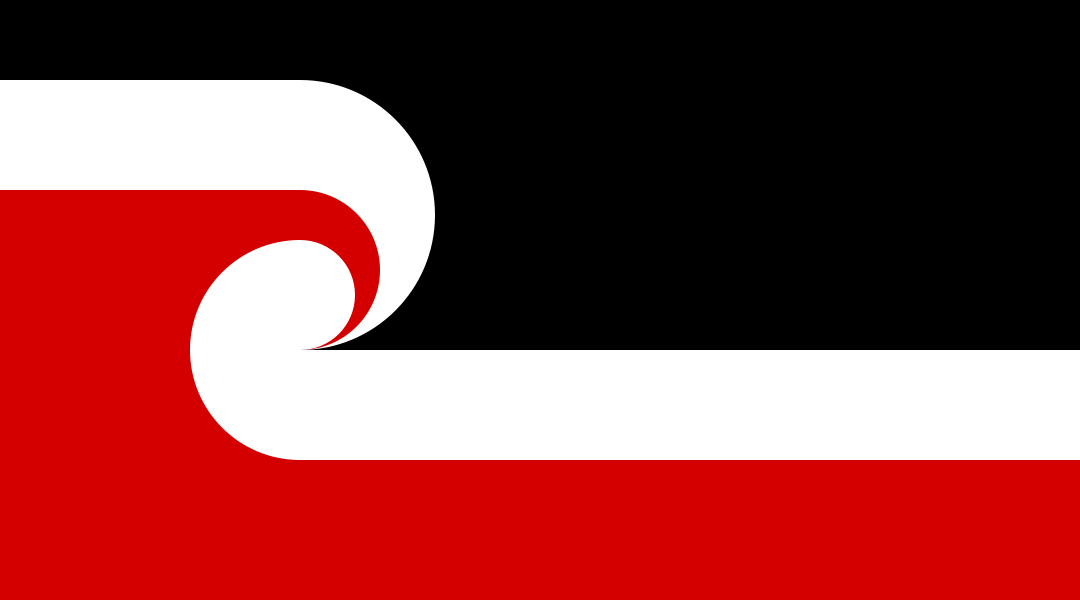