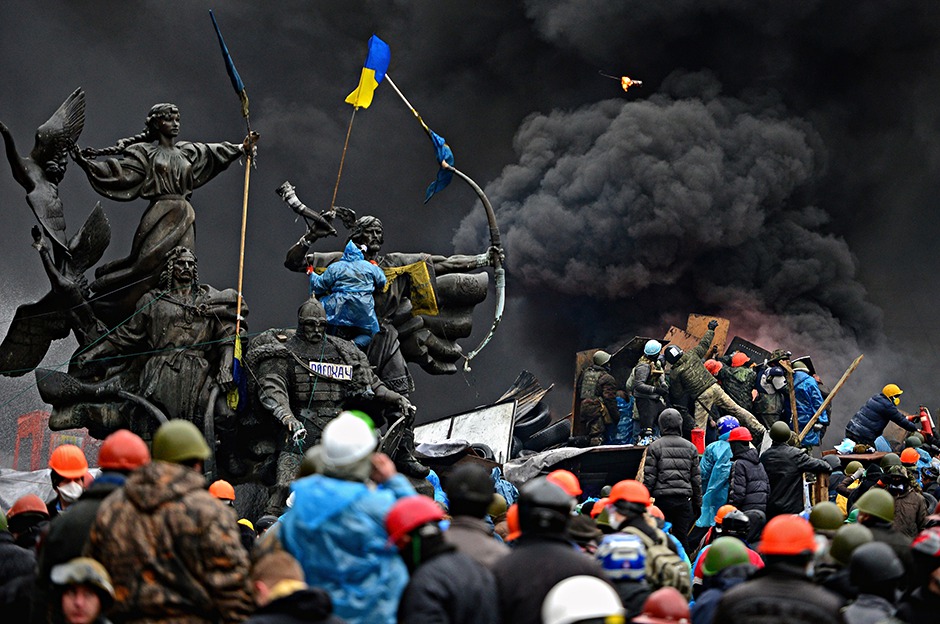 From our currently peaceful haven in New Zealand it’s hard to comprehend scenes like this happening in the world right now. There is some mad footage coming out of Ukraine showing the police having a hell of a time trying to evict people from Kiev’s aptly-named Independence Square yesterday. At least three police were killed. I hate to think what the clashes looked like from the side of the protesters, whose death toll numbers at least 77, with the government having resorted to armoured vehicles and snipers with live ammunition.

Despite the bloodshed protesters still refuse to leave the square, and thousands more are hitting the streets for the first time in reaction against the violence. The Ukrainian parliament has passed a resolution for security forces to withdraw from the square and there are, at least, peaceful scenes on Friday morning showing protesters singing together in solidarity, Cossacks beating defiant drums, even some police addressing the crowds having joined the anti-government side. 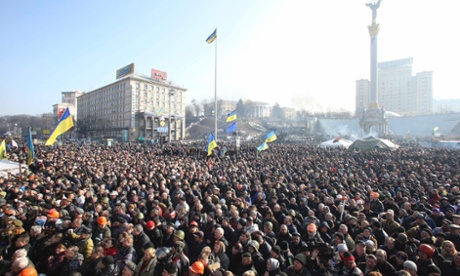 People listen to police officers from Lviv who have joined anti-government protesters as they speak from a stage during a rally in Independence Square in Kiev, 21st Feb 2014. Photograph: Reuters

Protesters first occupied the square in November, in protest of a Yanukovych government decision, under pressure from Moscow, not to pursue an agreement to strengthen ties with the European Union. As of Friday an agreement (pdf link) has been signed by ‘all sides’ as a compromise to settle the conflict, though shockingly, the Polish Foreign Minister has been overheard (and recorded on film) telling a protest leader ‘If you don’t support this deal you will have martial law, the army. You’ll be dead.'”

It doesn’t sound like they had much of a choice…